I have always been into playing video games, but until recently, I haven't thought of them as something I could create.

Around December, I started working on a Udemy course on 2-D game design. I was excited to learn a new programming language (C#), and to build something that people might actually want to interact with.

Over about five months, I built a simple text-based adventure game, applied physics to create a block-breaker game, and added some more complex scoring, pathing, and spawning algorithms to create a space-themed top-down shooter (with ghosts!).

Yes, I even created a block breaker that uses my family members' heads as the ball. 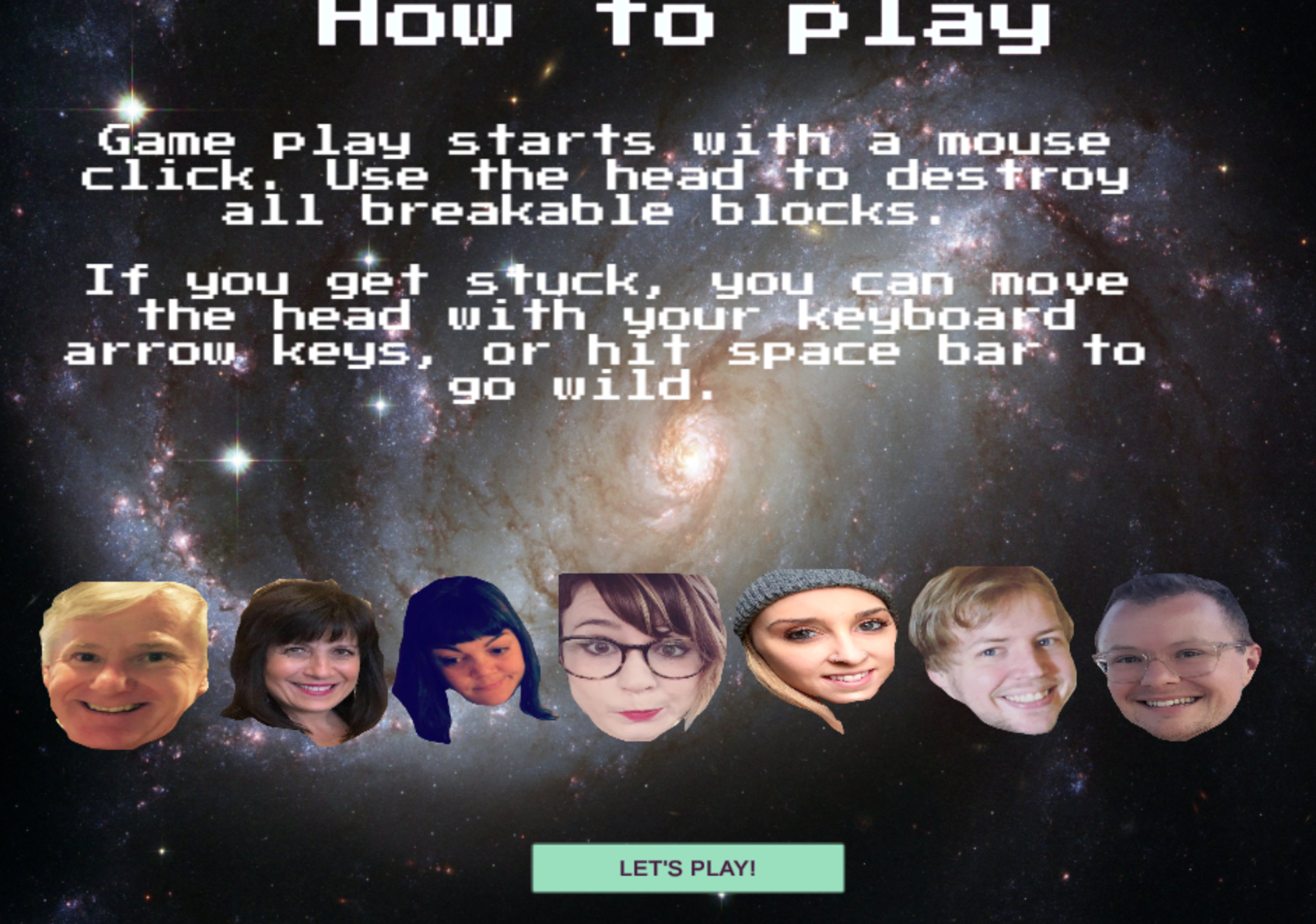 Creating video games is a lot of fun and it has really changed the way that I think about design and the mechanics of interaction. Thinking about will trigger an action, deal damage, or give points in game design has rewired my brain for thinking about the role of feedback and choice in learning design. It's also helped me to be more creative - to imagine that nearly anything is possible, as long as you can design it.

If you're looking to get into animations or any sort of digital illustration, working with a game engine like Unity can help you to understand z-indexes and spatial alignment, even for 2-D games.

Play opens up a lot of space for learning, especially when players get the chance to fail and try again, learn by doing, and try to solve problems without having the instructions handed to them.

One of my many goals for this year was to create an original indie game. I've been caught up in freelance work and probably playing too much Animal Crossing: New Horizons (maybe we need to talk about this, too), but I am hoping to start creating a plan for that game in the next few weeks.

What do you think?